Colt has been manufacturing guns in the United States for 160 years. As a result of the iconic gunmaker’s financial struggles, it missed a $10.9 million interest payment on its debt last month.

It a regulatory filing, Colt stated that its failure to make the May interest payment raises substantial doubt over its ability to continue as a going concern. Colt admitted that it may have to seek relief under the bankruptcy code.

Under Colt’s 20-day grace period, it has until June 14 to make the interest payment, otherwise, it will have to find another way to restructure its debt with bondholders.

According to CRT Gun Industry Analyst, Kevin Starke, Colt previously signed a debt restructuring agreement with its bank, however, it was rejected by a group of bondholders because it would have reduced the bonds to 45% of their face value.

According to Starke, the bondholders are reluctant to agree to anything that would force them to take a loss. They could have a better chance of recovering most, if not all of their money if Colt filed for bankruptcy, assuming the iconic gunmaker sold for enough money that it would cover the $102 million in debt, and the $250 million worth of bonds.

This is possible, especially if Colt is purchased by one of its larger rivals, such as Sturm Ruger, or Smith & Wesson.

Colt is a household name and one of the major gun manufacturers in the United States. Established by Sam Colt, the West Hartford gun manufacturer has been famous since the 1840s, when the Texas Rangers used its revolver in the Wild West wars with Native Americans.

Though Colt’s compact pistols have lost their popularity to the GLOCK pistols, Colt still manufacturers a variety of weapons for the military, including the AR-15, the M4, and the M-16.

So, what went wrong? Starke points the blame at weak leadership; he says the company has failed to keep up with the times.

Are you contemplating Chapter 11 bankruptcy to protect your business? If so, contact Dethlefs, Pykosh & Murphy Law to speak with a York bankruptcy attorney! 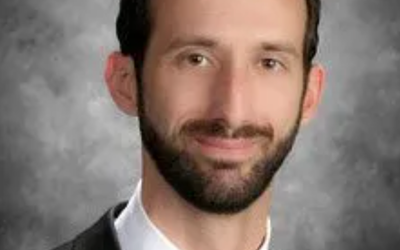 Busted with a DUI: Here’s what you need to know