You’re at your almost sister-in-law’s bridal shower. Cousin Haley has finished off the boxed white wine. The spritzers did not last, and the tequila is not coming out. Somebody needs to make a run for more wine. You hold a professional license. Don’t go.

Imagine for a second that you do go. You’ve only had a couple of drinks, and the local Giant now has wine. What could go wrong? You get pulled over, and end up with a DUI. The licensing people surely don’t know about every DUI that happens to a licensee in Pennsylvania. Wrong. They do.

Next thing you know, you’ve received an invitation to enter something known as the Voluntary Recovery Program. Not a big deal, you think. Wrong again. Actually, it’s a huge deal and a very important crossroad. But you blow them off anyways, and they send you another invitation. Actually, it’s not an invitation. The prosecuting attorney has filed a petition with whatever board supervises your license type, and gets an order directing you to appear for an evaluation. They let you know that failure to comply in all respects with that order will result in the suspension of your license, and the end for the indefinite future of your livelihood.

So you agree to attend the evaluation, hoping to clear things up. The prescription you have for anxiety? That’s a problem. They ask for all of your medical records (they will), and your doctors don’t provide them everything. That’s a problem. You have a number of blood relatives with drug or alcohol issues. That’s a problem. An emergency comes up, and you can’t make the initial appointment. That’s a problem. It gets very complicated very quickly.

It is important to understand that impaired professional programs are of incalculable value to impaired professionals. They have a remarkably high rate of success, and have benefited many licensees. For a licensee, the most important characteristic to have when faced with these issues is the ability to be honest with oneself. If you are not impaired, these programs are lengthy, expensive, and very difficult. You need to fastidiously work your way through the process to protect yourself. If, on the other hand, you do suffer from a substance use disorder, that self-awareness and honesty could easily be one of the first casualties.

For the licensed professional, the whole area of impairment, abuse, disorders, and the various responses of the licensing authorities to each or combinations of several is multifaceted at best. Probably the best place to start a discussion is with the Diagnostic and Statistical Manual of Mental Disorders, 5th Edition, known as the DSM-5. This book is the current iteration of the standard classification of mental disorders used by mental health professionals in the United States.  For purposes of this discussion, I will focus on substance use.

The DSM-5 speaks in terms of substance use disorders. These are also colloquially known as addictions. Addiction is the repeated involvement with a substance or activity, despite the substantial harm it now causes, because that involvement was (and may continue to be) pleasurable and/or valuable. Addictions often cause emotional damage, disruption of social relationships, financial costs, work losses, and a host of other problems. The DSM-5 lists nine types of substance related disorders: alcohol, caffeine, cameras, hallucinogens, inhalants, opioids, sedatives, stimulants and tobacco. Not all can end up as substance use disorders.

A substance use disorder can be diagnosed based on four principle behavior patterns. The first is impaired control, often involving using the substance for longer period of time than the intended or spending excessive time involved with it. The second, social impairment, is the interference with work, friendships, family problems and the like. A third criterion is called risky use, that is, the failure to stop using the substance notwithstanding the clear harm it is causing. And the final category of behaviors falls within what are known as pharmacological indicators, issues of tolerance and withdrawal.

When an expert interviews a licensee to determine whether that licensee suffers from a substance use disorder for their substance of choice, many of the questions focus on these four behavior patterns. Thus, if you have moved from job to job in a relatively short period of time, for instance, it could be inferred that your disorder is impairing your ability to maintain consistent employment. Obviously, there could be easily be other explanations. In a similar way, health problems or family history other complicating factors such as depression could turn an evaluation towards a finding of impairment. It should also be noted that substance use disorders may be categorized as mild, moderate or severe. An evaluator could also determine that the condition is in partial or full remission. Yet the evaluator could still conclude that the licensee is not safe to practice without monitoring.

In my experience, licensed professionals usually recognize when they have a problem, and often try to address it. That is to say, they are professionals.  We have fortunately moved past a time when substance use issues were viewed primarily through a moral lens, which concluded that an impairment was a personal failing rather than a disease process. Nevertheless, as is clearly evident in the scourge of opioid use, substance use is very dangerous territory.

Next time, I will dissect the typical monitoring agreement. 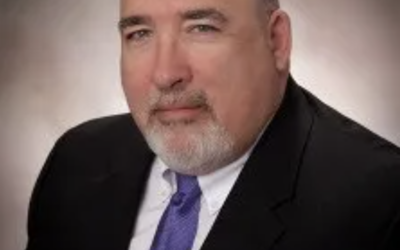